Life beyond a dementia diagnosis

When Roberta (Bobby) Redman started occasionally mixing up her words around four years ago she put it down to simply being a bit tired and overworked.

At age 65, the Daleys Point resident thought she was “burnt out” and decided it was time to retire from her job as a psychologist.

“I would occasionally use the wrong words in the wrong places and sometimes wasn’t making complete sense but I just put it down to my age,” she said.

But when Bobby visited her old friends in England they noticed more significant personality changes that made her worry.

“They asked if I was okay as I was suddenly snappy and on edge,” she said.

“When I put it all together I started to think maybe there was a reason for these changes.”

Despite initial scans and tests being clear, Bobby asked for a referral to see a neurologist.

“After a thorough investigation the neurologist diagnosed me in the early stages of frontotemporal dementia (FTD),” she said.

Bobby has now teamed up with Central Coast Local Health District (CCLHD) to promote Dementia Awareness Month (September) in order to build greater understanding of dementia including how to recognise and manage the condition and local support options.

CCLHD Geriatrician Dr Tomiko Barrett said dementia was the overarching term for a number of neurological conditions marked by a decline in brain function.

“Dementia affects everyone in different ways and people living with dementia can find their own approach to managing changes associated with dementia,” she said.

“But it’s important to know there is life beyond dementia and a diagnosis doesn’t mean you can’t still enjoy life.”

When diagnosed with FTD, Bobby was concerned to discover it affected the part of the brain involved in social behaviour, judgement and self-control but she was determined to do everything she could to slow down the disease.

“I made immediate lifestyle changes that involved increasing my physical exercise; changed my diet and cut sugar out; started doing brain exercises and meditation each day,” she said.

“There’s no cure for dementia but research shows you can manage the symptoms better and delay its progression.”

One year after Bobby’s initial diagnosis, she was pleased to hear her neurologist say the dementia showed no signs of advancement.

“It’s irreversible but I will continue with my rehabilitation program to slow the process, remain active and keep functioning as well as I can.”

Bobby continues to undergo neuropsychological assessments and examinations to monitor the disease. She says her cognitive impairment can still be challenging at times.

“When I get names and numbers confused I get really embarrassed and annoyed which stresses me out but I try to focus on staying positive and being an advocate for dementia awareness.”

Dr Barrett said if you are concerned about dementia to talk to your GP.

“Early investigation and diagnosis may find reversible risk factors or help slow the progression,” she said. 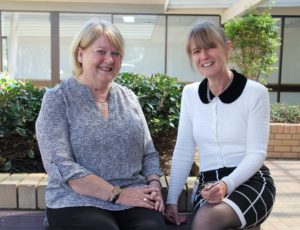